My friend wants to be a furry: Should I be worried?

Being a furry is all about fun, so there’s no need to be worried about your friend. Here, we’ll explain everything you need to know about this subculture.

What are furries anyway?

We’re sure you’ve heard of furries before. It seems like this is a forbidden word that many people cringe upon hearing. So are furries shunned by society? What are they to begin with? It’s fairly simple.

Furry fandom is interested in animal characters coupled with human characteristics or personalities. These animal characters are anthropomorphic in nature, which means they can walk on hind legs and act like humans too.

Their roots can be traced back to the underground comix movement of the ’70s. Even though the definition of the term “furry” might be simple, their characters can be quite complex. The bottom line is that these people are huge fans of something, like many of us are. Many people simply don’t understand what they’re about, but furries shouldn’t be shut out of society because of that.

If your friend wants to become a furry, you shouldn’t be worried. All you need to do is educate yourself on it.

What do they do?

Furries aren’t always in your face about their identity. They’re usually hiding it and doing that quite well. So you aren’t likely to spot one on the street. However, they do have some gear that they wear to feel more in tune with their furry self.

You’re probably thinking about the fur suit. While you’re correct that furries wear these, suits like these aren’t for everyday wear. You’re more likely to see furries wear plush animal ears, for example. They can also wear paw-like gloves, for example.

Still, the kind of gear furries wear varies depending on the kind of animal they’re into. Bear in mind that many of these people are often fans of petplay. That automatically means they’ll wear different kinds of gear that’s petplay-appropriate.

Is the furry fandom sexual in nature?

The simple answer to this is — yes. Furries are regular people, like all of us. So it’s only natural that they are sexual beings. On the other hand, not all of them will engage in sexual acts while in costume. They’re perfectly capable of putting their furry identity to the side in their sex life.

However, as we have already established by now, many furries are into petplay. We also know that petplay means they can wear different kinds of gear. This gear can include plush ears, collars, etc. The most important piece here is the butt plug. It’s not just any kind of butt plug — it’s a tail plug!

Tailed butt plugs are perfect for furries or anyone else who finds petplay sexually arousing. They allow anyone to become more like the animal of their choice. So not only are plugs good for that, but they’ll also enhance their sexual experience. At times, it won’t even matter if you have a partner or you’re enjoying your sexual fantasy solo, as long as you have one of these butt plugs at hand.

How do you become one?

You should also have a fursona. Well, many furries do, and we’re sure you’ll find your own along the way. A fursona is exactly what you think it means — a furry persona. This is a character you will play in furry roleplay sex or just regular roleplay. Also, it comes in handy when you want to represent yourself online within furry communities. 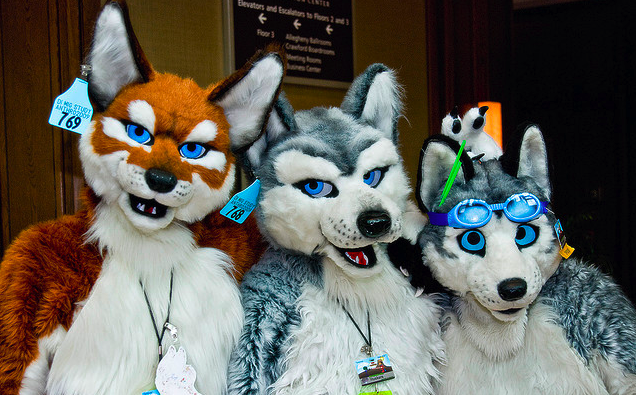 To join this fandom, you don’t really need to have any fancy kind of gear that other furries might have. There’s no need to get a fur suit or any other equipment. You can just join the fandom and be your furry self.

Additionally, don’t worry about whether other furries will accept you or not. They will be thrilled to have another member, no matter how you present yourself.

Does this mean forgetting your real identity?

Having a fursona doesn’t really mean you’ll forget all about who you are in real life. You’re not abandoning yourself. While your fursona can seem like a completely different person, it’s still a part of you.

So think of it this way: your fursona is just a better version of you. It’s unlikely that you’ll walk around in your fursona every single day. You’ll still have life responsibilities, go to work, or maybe to school. During these times, you have to be your regular self.

Once you come back home, you can let your fursona out, or you can simply do that whenever you’re around people you feel comfortable with. So, no — having a fursona doesn’t mean you’re a different you. It’s just another set of qualities that you might be too shy to show to other people. That’s how identifying with animals or being a furry can help us discover who we truly are.

If you have a partner, family member, friend, or coworker who wants to become a furry, there’s no need to worry about it. It might seem a little strange at first, but don’t let that stop you from educating yourself. Once you learn enough about it, you’ll get a better understanding of it too. 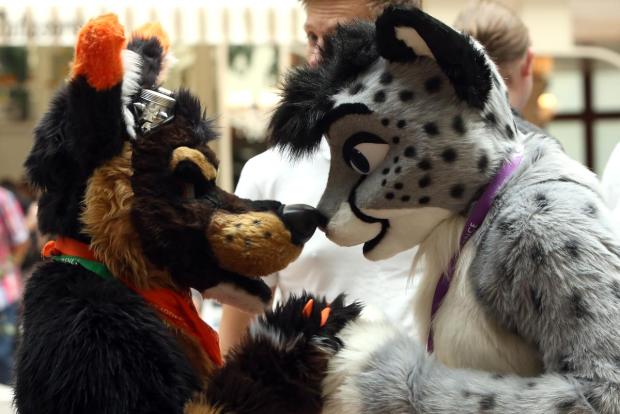 Don’t let your fears and worries trick you into dismissing a loved one’s curiosity. Encourage them instead. You two can even do some research together, and that’s how everyone involved will feel better.

Like everything else, being a furry has its good and bad sides. Even though some individuals find it appealing, some people still choose to explore with the help of sex toys from https://lovegasm.co/collections/tails. All you need to do is be aware of them to navigate around them. Who knows — maybe you’ll end up being interested in the furry lifestyle too.